The core energies and natural breathing motions of Primary Respiration infuse the field of the entire body.

Ultimately all craniosacral teachings have roots in osteopathy and the natural healing intelligence within the body. How does a scab heal? How does a bone mend? This healing process comes from a knowing that is inherent in the human form. There is a "body intelligence". There is something that forms, informs and heals us throughout our lives.

Within the biodynamic craniosacral field, the use of the word “biodynamic” began to emerge in the 1990’s.

For Franklyn Sills, it relates to the work of osteopath, Rollin Becker who used it to describe the natural healthy movements that are inherent to the natural organizing forces within the body. Becker would refer to Sutherland's concept that: "In the science of health, disease and trauma, allow biodynamic intrinsic force within to manifest its own unerring potency rather than use extrinsic force from without.”

For other practitioners, the word biodynamic relates to embryology and the work of embryologist Erich Blechschmidt who describes the metabolic fields that form us in utero.

We can look for an even broader definition from Webster’s dictionary where biodynamic is considered to be “the doctrine of vital forces or energy.”

When we look for words that capture the essence of all these definitions, we think of things like health, wholeness, organizing principle, life breath.

We put the two words together to create "biodynamic craniosacral" or "craniosacral biodynamics" and it becomes the name for a gentle, effective, long lasting and personally tailored method of healing that is generated by the natural organizing forces within the body.

What is Biodynamic Craniosacral? 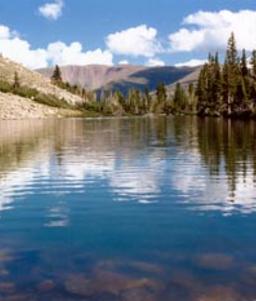 LifeShapes Institute is dedicated to the presentation of quality education in the field of craniosacral therapy, including aspects of polarity therapy, pre and peri-natal work and somatic trauma resolution.

“We come into relationship with that which forms us, informs us and heals us throughout our lives.”

Just a few days ago, I worked on a friend who had just had a pin surgically inserted in her arm bone. Her hand looked like a balloon with five sausages attached.

In just an hour of craniosacral work, she had knuckles, fingers, wrist, contours, textured skin and relief. She said, “I never thought I would be so glad to have wrinkles."

What did I do? I placed one hand under her forearm while the other rested on the swollen area. I listened. I waited. I held her arm in a gentle way. I used the same biodynamic craniosacral touch that is part of our Certification Training in Biodynamic Craniosacral.

What do we listen for? Above all, we listen for health and its many different aspects that we can perceive and palpate.
Slowly, slowly, subtle movements began to emerge in the arm.

When we use the word biodynamic, it refers to a natural order and rhythm in the tissues of the body.

Every tissue and cell of the body "breathes". There is a rhythmic impulse that can be sensed in bones, tissues, membranes and the fluid field.

When William Garner Sutherland, the founder of “cranial osteopathy” attempted to understand this breathing in all the bones and tissues, he called it “primary respiration” to differentiate it from thoracic respiration which relates to the lungs and thorax.

He felt that it had to do with the craniosacral core of the body.